American Nonsensical: A Farce, Both Tragic and True excels in the fine art of farce and satire. Its uncommon characters range from a pair of loony detectives who spend more time arguing than investigating to a decades-old mother/son preacher team who wielded magic and faith, then vanished.

The scene opens in 2001 Nebraska, where Jeff is called upon to perform yet again for a disquietingly small audience that has come to view a glorious (but bogus) story of faith and miracles. From the start, Edward D. Webster embeds experience with wry humor that is his trademark throughout the entire sordid tale: “Once he’d felt superior to these people. He thought they’d all come to worship him. But how many came just to gawk at a freak of nature? His mother was clever or evil. Jeff was superior or even holy, as she’d told him, or just another charlatan. “It doesn’t matter how we convince them,” she’d said. “We bring them to the Lord, and He saves them.” He didn’t feel clever or holy tonight. He felt vile as fresh cow plop.”

Jeff’s nagging self-doubt about his so-called abilities plague him, and he, too, hopes for a miracle. What he gets is something quite different, surprising even those who want to believe he is “the Messiah’s chosen,” but don’t know he’s actually the prime player in his mother’s intricate deception.

The second chapter moves thirteen years back in time to trace the origins of this splendid farce and the evolving relationship between mother and son. It moves beyond kinship and into matters of odd blessings and evidences of faith in everyday experiences, no matter how small or seemingly adversarial.

Sarah Lamb’s convictions carry mother and son into a world of illusion and opportunity that Jeff feels himself increasingly at odds with—but the story is about much more than a purposeful or misguided sojourn into healing and deception.

The first person is used in clearly-identified chapters that move between Stan and Bud’s perceptions and experiences, linking Bud to Sarah. Contemporary scenarios range from fake news references and perceptions to forays into political farces and ironies. These prove as consistently puzzling as peoples’ choices and reactions to altered life and states of consciousness:

Take Sarah Lamb’s views on Donald Trump: “Donald mocked the pompous do-gooders. He denounced the godless ones who excused abominations.  Pornographers! Homosexuals! Rapists! Illegals! Donald called them out. But Donald was a scamp with the women. I questioned how such a lustful man could achieve righteous ends. Still, week after week, America’s evangelicals flocked to him. He won the election and appointed God’s chosen judges to the High Court. Donald encouraged Israel to annex more and more. The Biblical Land ascending! When Christ returns, He will behold what Donald Trump has wrought, and He will smile!”

The resulting romp through farce and satire demonstrates the strengths of all these literary devices in a manner that is both hilarious and thought-provoking. Even the romance which evolves is tinged with irony, giving pause for thought as readers move through modern America’s struggles with a renewed vision of its concurrent wry paradoxes and insincerities.

Libraries looking for works of contemporary fiction that capture and demonstrate this sense of incongruity about modern events and beliefs will find American Nonsensical an excellent tour de farce that surveys charlatans, conspiracy theories, and democratic ideals, providing shrewd assessments of all the forces assailing belief systems.

American Nonsensical will also attract discussion groups, serving as an example of how beliefs and perceptions are perpetuated, vetted, or disproven; or as a sterling example of the use of wry wit in fictional observations of peoples’ lives.

January 2023 American Nonsensical has received the Fall 2022 Pinnacle Book Achievement Award for fiction. One of only...

American Nonsensical— Enduring friendship, the complexity of relationships, and the investigation into a businessman’s...

American Nonsensical — Webster exposes the harsh realities of how misinformation spreads like a virus. 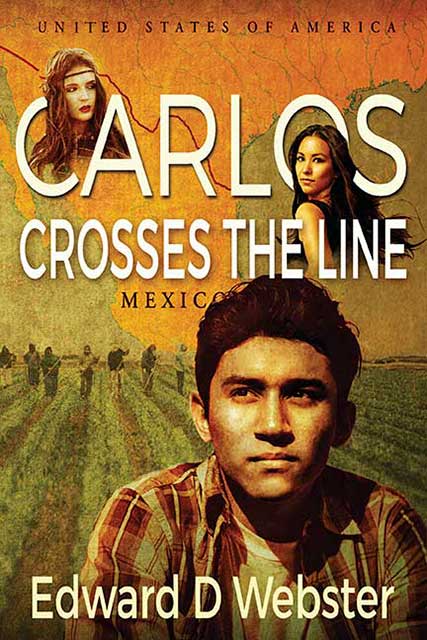